The Supervisory Board (hereinafter ‘SB’) is a body of the BV and the NV that has a supervisory function on the policy of the management board and the general affairs of the company and its affiliated enterprise (Article 2:140/250 paragraph 2 of the Dutch Civil Code (‘DCC’)). The purpose of this article is to give a general explanation of this corporate body. Firstly, it is explained when a SB is mandatory and how it is set up. Secondly, the main tasks of the SB are addressed. Next, the legal powers of the SB are explained. The extended powers of the SB in a two-tier board company are then discussed. Finally, this article wraps up with a brief summary as a conclusion. 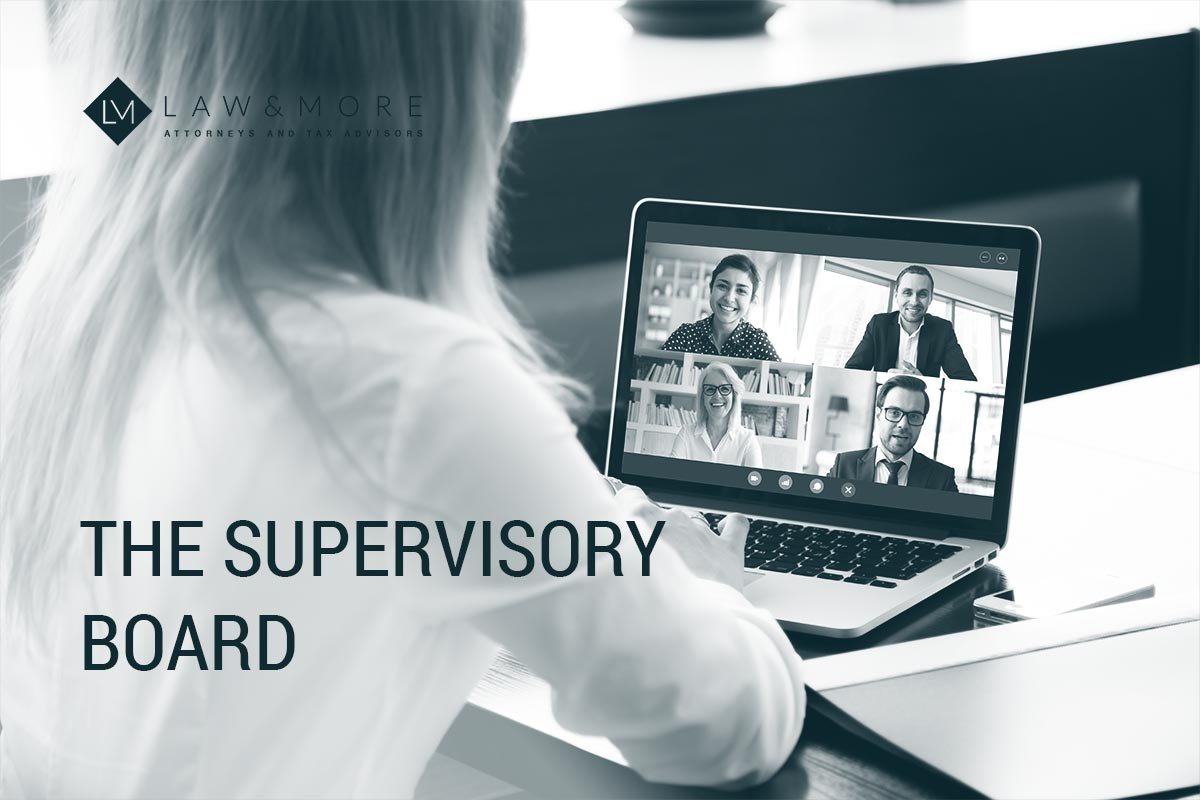 The optional setting and its requirements

In principle, the appointment of a SB is not mandatory for NVs and BVs. This is different in the case of a mandatory two-tier board company (see also below). It may also an obligation following from several sectoral regulations (such as for banks and insurers under article 3:19 of the Financial Supervision Act). Supervisory directors can only be appointed if there is a statutory basis for doing so. However, the Enterprise Chamber may appoint a supervisory director as a special and final provision in the inquiry procedure, for which such a basis is not required. If one opts for an optional institution of the SB, one should therefore include this body in the articles of association (at the incorporation of the company or later by amending the articles of association). This can be done, for example, by creating the body directly in the articles of association or by making it dependent on a resolution of a corporate body such as the general meeting of shareholders (‘GMS’). It is also possible to make the institution dependent on a time provision (e.g. one year after the establishment of the company) after which an additional resolution is not required. In contrast to the board, it is not possible to appoint legal persons as supervisory directors.

Duties of the Supervisory Board

The supervisory task implies that the SB monitors the management policy and the general course of events. This includes, for example, the functioning of the management, the company’s strategy, the financial situation and associated reporting, the risks of the company, compliance and social policy. In addition, the supervision of the SB in the parent company also extends to the group policy. Moreover, it is not only about supervision after the fact, but also about assessing the (long-term) policy yet to be implemented (e.g. investment or policy plans) in a reasonable manner within the boundaries of management autonomy. There is also collegial supervision for supervisory directors in relation to each other.

In addition, there is the advisory task of the SB, which also concerns the general lines of management policy. This does not mean that advice is required for every decision made by the management. After all, making decisions on the day-to-day running of the company is part of the management’s task. Nevertheless, the SB can give solicited and unsolicited advice. This advice does not have to be followed because the board, as said, is autonomous in its decisions. Nonetheless, the advice of the SB should be followed seriously in view of the weight the SB attaches to the advice.

The SB’s duties do not include the power to represent. In principle, neither the SB nor the individual members of it are authorised to represent the BV or NV (apart from a few statutory exceptions). Therefore, this cannot be included in the articles of association, unless it follows from the law.

Powers of the Supervisory Board

In addition, the SB has a number powers following from statutory law or the articles of association. These are some of the important statutory powers of the SB:

The supervisory board in the statutory two-tier company

As mentioned above, it is compulsory to establish a SB at the statutory two-tier company. Moreover, this board then has extra statutory powers, at the expense of the authority of the General Meeting of Shareholders. Under the two-tier board system, the SB has the power to approve important management decisions. In addition, under the full two-tier board system the SB has the power to appoint and dismiss management board members (article 2:162/272 DCC), whereas in the case of a regular or limited two-tier company this is the power of the GMS (article 2:155/265 DCC). Finally, in a statutory two-tier company the SB is also appointed by the General Meeting of Shareholders, but the SB has a statutory right to nominate supervisory directors for appointment (article 2:158/268(4) DCC). Despite the fact that the GMS and the Works Council can make a recommendation, the SB is not bound by this, with the exception of the binding nomination for one third of the SB by the WC. The GMS can refuse the nomination by an absolute majority of the votes and if this represents one third of the capital.

Hopefully this article has given you a good idea about the SB. To summarise, therefore, unless an obligation follows from specific legislation or when the two-tier board system applies, the appointment of a SB is not mandatory. Do you wish to do so? If so, this can be included in the articles of association in various ways. Instead of a SB, a one-tier board structure can also be chosen. The main tasks of the SB are supervision and advice, but in addition the SB can also be seen as the employer of the management. Many powers follow from the law and can follow from the articles of association, the most important of which we have listed below. Finally, we have indicated that in the case of a two-tier board company, a number of powers are given by the GMS to the SB and what they entail.

Do you still have questions after reading this article about the supervisory board (its duties and powers), setting up a supervisory board, the one-tier and two-tier board system or the mandatory two-tier board company? You can contact Law & More for all your questions on this subject, but also on many others. Our lawyers are broadly specialised in, amongst others, corporate law and are always ready to assist you.